The women’s rights movement has brought the feminist initiative leaps and bounds since it first started simmering in the mid-1800s, but despite massive progress, there’s still much ground to be covered. Persisting problems include workplace harassment, pay gaps, social workplace inequality, and an overall lack of representation in certain fields.

As a forward-thinking businessman and hospitality industry veteran, Rakesh Sarna understands the climate of the business world. He believes that in order to improve society as a whole and continue moving forward, it’s necessary to make space for women in traditionally male-dominated industries.

Many of today’s leading industries ranging from the tech realm to research science still represent a severe imbalance when it comes to women’s roles. Although women are given much of the same educational opportunities as their male counterparts, many top industries remain male-dominated. A few of the many examples include the fields of engineering, research science, politics, carpentry, high-level executives, law, computer science, and finance.

As noted by Rakesh Sarna, the problem exists in the long-perpetuated societal myths that women do not belong in these engineering, science, and leadership areas. These archaic beliefs, though long outdated, still permeate cultural attitudes and day-to-day business practices in subtle, passive ways. In reality, it’s not that women are not offered the same educational opportunities as their male counterparts; rather, it is that they are never encouraged or empowered by their educators, peers, and mentors to pursue careers in male-dominated fields.

According to Rakesh Sarna, the solution is through encouragement. Educators and mentors must be intentional about nudging young women towards fields in science and engineering–two sectors where they are massively under-represented. By actively engaging female youth in these areas, we increase the chances of developing a generation of women who are enthralled with these areas of learning and empowered to pursue careers in them.

Benefits of Women in Male-Dominated Industries

Outside of the personal enrichment and societal improvement that comes with creating space for women in male-dominated industries, balancing workplace ratios is also shown to boost a business’s overall productivity and success. Although just over 5% of listed Fortune 500 companies have female CEOs, studies show that companies with 4 or more leaders who are women consistently outperform those which lack female representation.

The bottom line, according to Rakesh Sarna is that diversifying the workforce will lead to undeniable advantages. Among the many benefits, women are shown to bring to fields like engineering and finance, include higher levels of innovation, increased profitability, unique problem-solving skills, and improved networking and mentorship opportunities.

In short, intentionally encouraging young women to pursue science and tech-related career paths while making room for female leaders in male-dominated industries doesn’t just improve the lives of the women around us, it improves our society as a whole. When we welcome women into fields where they have been traditionally under-represented, we open new doors in innovation and move one step closer to being an equal-opportunity society.

For Further Reading on the topic of Women in Male-Dominated Industries check out the following:

The Globe and Mail 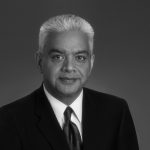 Former Hyatt and Taj Hotels senior leader Rakesh Sarna on the Importance of Giving Back to your CommunityCommunity, Education, Opinion